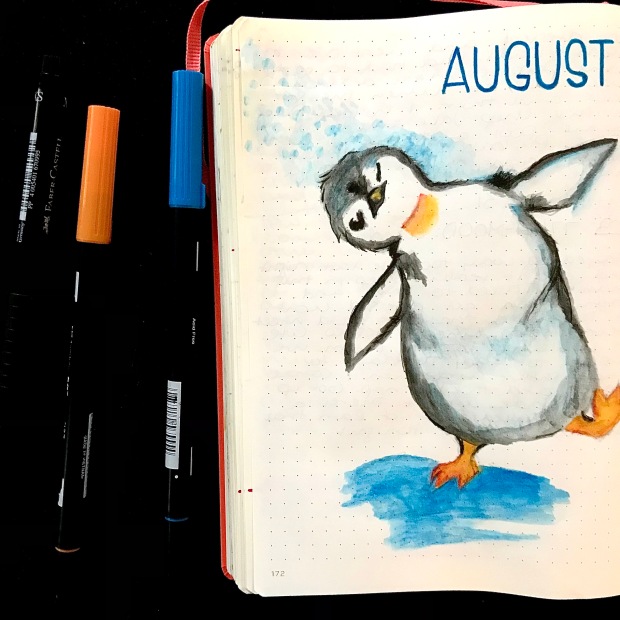 August has been interesting to say the least! The beginning of this month was weird for me, which is partially why I haven’t posted my August cover page until now.

I honestly wasn’t even sure what to make my “theme” for August. I was binging Atypical on Netflix and decided to go with a penguin theme. If you’ve seen the show, you’ll understand. I was definitely just in a weird mood the first half of the month.

Things changed very quickly. I decided to use some PTO to take off at the end of the month, so I was looking forward to that. The week before I was working with my dad and saw that one of my local rescues had a few puppies that they hadn’t received any applications for, and decided to submit my pre-approval.

I didn’t have a lot of hope because I’ve submitted my application for puppies twice before. Later that night I found out that I had been chosen to adopt this little cutie below. 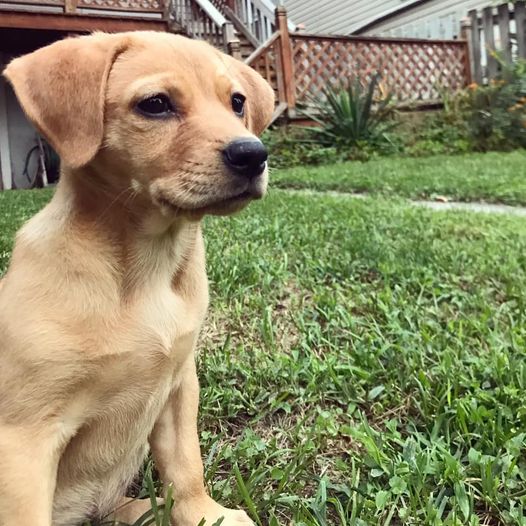 The first few days were a little stressful, but she’s doing really good now. She’s quickly become my little baby and is the sweetest little girl (when she’s not mad at me for telling her no).

It’s kind of crazy how things can change so quickly, isn’t it? My whole life has changed in the span of a week. I wouldn’t want it any other way.