While the still-undecided final location of Philadelphia’s second gaming license dominates the local casino conversation, all is not quiet at the renovating SugarHouse. Philly’s first casino is attracting some recent notice because of renewed efforts to unionize its rank-and-file employees with the support of UNITE HERE Philadelphia.

Over the winter, the Atlantic City-based union organization, which represents workers at the nearby Harrah’s Chester Casino and ten Atlantic City casinos, held a rally with community leaders in an attempt to stand up for the rights of SugarHouse’s employees who want to unionize.

“I sort of thought I was going to be there for like a half hour as part of the delegation with a bunch of other faith leaders from the neighborhood and organizers from UNITE HERE,” said Joshua Grace, a pastor at Circle of Hope in Fishtown.

Grace decided to join the rally because he was asked to support opening up a dialogue between casino employees and management about their concerns.

“The people I know asked me to at least support their conversation to say stop intimidating us and if you’re so anti-union, maybe there’s something that we could do like have that conversation to be able to represent themselves as the collective rather than the individuals,” Grace said.

As part of the lobbying, the community leaders held multiple group prayers, talked to employees about their decision to unionize, and planned to submit a letter of concern to SugarHouse management.

“The first thing we did – we did it a few times, was pray together to say that this isn’t about targets,” Grace said. “This isn’t about just making a kinder system. This is about getting people to understand the humanity of one another.” 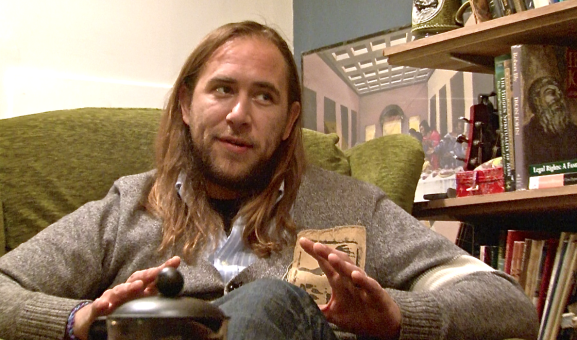 Concerns about intimidation of employees, partnerships with union avoidance consulting firms, and work environments were addresses in the letter. When the community leaders offered the letter to a woman in the office, she would not take it.

“She wouldn’t touch it for a while,” Grace said. “They finally convinced her to touch it and they were like joking with her like ‘Do you think something’s going to happen to you if you like touch this thing? Do you think we put ju-ju on it? Is it some kind of legal thing?’ And so she took it from a sixty-something year-old woman pastor and moved it over a couple of feet and put it where the trash pile was.”

For Grace, that was a shocking and disheartening moment.

“I respect my elders, I’ve been taught this since I was a little tot, especially when they’re faith leaders and they’re coming to you to ask you to listen to our concerns,” said Grace. “That is so disrespectful.”

Although the rally did not go as planned, Grace remains hopeful that employees will be able to unionize.

“I hope that they can be engaged in those types of conversations and don’t get intimidated, that they can stand strong, but it’s also really risky,” Grace said. “[SugarHouse] can find ways to fire them, I mean they have all the power in the moment until people can band together and do something. I have a lot of hope, but also I understand how difficult it must be.”

Wendy Hamilton, the general manager of SugarHouse, respects their team members’ decision on whether or not to unionize.

“We take great pride in our team and respect the rights of our Team Members to choose whether or not to be represented by a union,” Hamilton said. “So far, our Team Members have chosen to remain independent.  That is their choice and their right.”

They have their work cut out for them as SugarHouse is contracted with Kulture, a firm that corporations hire to discourage their employees from unionizing.

“[SugarHouse employees] are at a disadvantage because they have the job,” Grace said. “They don’t want to go anywhere, and they are being intimidated by different consulting firms that are helping SugarHouse to avoid the formation of a union.”

Kulture founder / CEO Peter List makes his philosophy plain on the company’s website: “Unions are a by-product of a bad relationship and can devastate a company and its employees.” Unionization fights are rarely easy, and UNITE HERE knows it will have to play the long game in order to bring Philly’s casino workers under its umbrella.

The national UNITE HERE organization traces its roots all the way back to 1891, when the Hotel Employees & Restaurant Employees International Union (HERE) was founded to represent hotel and restaurant employees. Another of its predecessors, The International Ladies’ Garment Workers’ Union (ILGWU), was founded in 1900, followed by The Amalgamated Clothing Workers of America (ACWA) in 1914. The latter two merged in 1995 to form the Union of Needle Trades, Industrial, and Textile Employees (UNITE). UNITE and HERE would merge in 2004 and become UNITE HERE.