While we slowly inch closer to the Pennsylvania Gaming Control Board announcing the location of Philadelphia’s second gaming license, opponents of the five potential locations are making themselves heard. 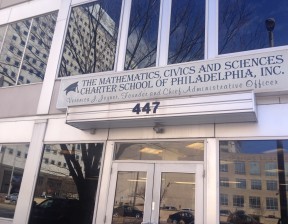 Local real-estate mogul Bart Blatstein’s The Provence, a 424,000-square-foot entertainment project planned for the old Inquirer building at Broad and Callowhill streets is generating a lot of community interest.

The Mathematics, Civics and Sciences Charter School has joined with Friends Select School and Congregation Rodeph Shalom to file a petition that would intervene with Blatstein’s plans. They also testified before the Gaming Control Commission on January 8 to voice their concerns.

“I went to Harrisburg along with Friends Select and the synagogue down the street, and we won the right to intervene because of the congestion,” said Veronica Joyner, founder and chief administrative officer of the Mathematics, Civics and Sciences Charter School. “Then I had to speak at the Convention Center regarding the casino and the fact that the community, in my opinion, was paid off.”

Blatstein has made an agreement with several neighborhood groups not to oppose the casino. These include: the North Broad Community Coalition, the Church of Jesus Christ of Latter-day Saints, West Poplar Community Development Corp. and the Logan Square Neighborhood Association, among others. He has promised the neighborhood at least $300,000 a year if he wins the rights to the casino.

“I just don’t trust that they’re going to do the right thing,” Joyner said. “I told those neighborhood groups, ‘You’re taking that money but don’t walk your dog after dark. Don’t take anything out of your cars and think that you’re in a safe environment.’”

Safety is just one of the many reasons that the organizations oppose the casino. Rather than focus on the moral implications of gambling, as might be assumed of a religious institution and two schools, the three have chosen to highlight what they see as the more practical reasons to oppose The Provence.

“There are children walking back and forth getting the subway,” Joyner said. “Those children should not be subjected to people gambling and that attraction. I teach my children to do community service, civic work, and I don’t want the glitz and glitter.”

“As an educational institution teaching pre-K through 12th grade young people – and as a Quaker school – yes, casinos are antithetical to the values we are trying to imbue and practice in our community,” said Colleen Puckett, director of marketing and communications for the Friends School. “Beyond that, though, we are very alarmed at the effects that a casino sited so close to the school would have on traffic and parking for our families as they come to and exit the school. Our building is in use seven days a week, often into the evening, with outside clubs, committees, and community groups using the facility.”

Joyner agrees that having a casino so close in proximity to her school would not be ideal due to the congestion of traffic it would cause and the effects it could have on the educational environment for her students.

“That proposed casino would be 140 yards away from this school,” Joyner said. “I could actually have a conversation with you from the corner. Children and gambling and alcohol in casinos don’t mesh.” 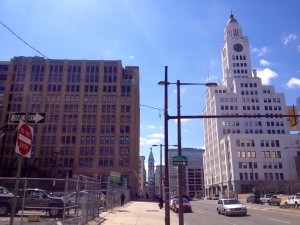 Among the anti-casino crowd, potential traffic problems rank high on the list of concerns. Already one of the city’s more congested areas, the casino brings the possibility of making it even worse. Parking could also very well be an issue in the area.

“Our school also makes great use of the city – on a daily basis – which increases the chances of our students crossing paths not only with the gamblers, but the people who prey on the gamblers,” Puckett said.

Of even greater concern is the crime that often comes with casino gaming. Between December 2011 and September 2012, there have been at least 10 instances where gamblers were followed home either on foot or by car and then robbed of their winnings.

While casinos generally have stout security at or near their locations, once a person leaves the immediate area the security cannot provide the same help, casino opponents noted. Even when security is watching, crimes can happen. In 2010, three women were robbed at gunpoint in the SugarHouse parking lot. Despite having many security guards and numerous surveillance cameras, it was said that the crime happened too quickly for security to intervene. 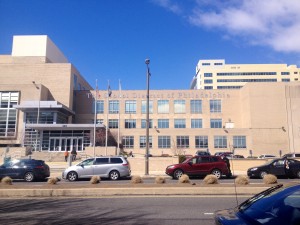 These concerns are heightened when considering how many children are in the immediate area of the proposed site. The Math, Civics and Science Charter School is within shouting distance of the Inquirer building just across Broad Street and the headquarters of the Philadelphia School District is literally next door. With Friends Select School factored in, the area is quite dense with students most of the time, making the casino area almost unavoidable to many students.

“I invited the commissioners to come and observe the parking problem we have here and the problem with the traffic and they did come,” Joyner said. “They said to me during the commission hearing that they saw children getting on school buses and children walking around. I hope that visual picture painted the problem that we would have in this area with the casino.”

Blatstein’s efforts to buy off the cooperation of the neighborhood has already paid some dividends for his proposed project, but time will tell if this ultimately puts his proposal over the top.