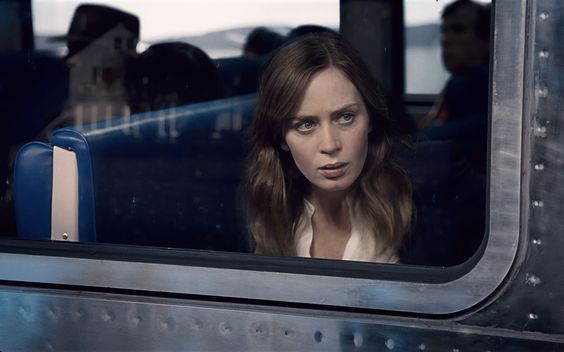 I felt like the book didn’t have as big of an impact on me because I knew from the beginning how it was going to end. It was a strange feeling for me, because I often read books after seeing the movie and have not experienced this sort of thing before. I kind of think that I just wanted to experience the shock I would have felt while reading the book, and that because I already knew, it didn’t have such a big climax for me.

That’s not to say that the book wasn’t as good as the movie. I actually think that the book was better than the film version, and liked that there were some little differences between the two. The main difference was that the book took place in London, while the movie took place in New York. I thought that was an interesting change they made, and that Megan definitely seemed more like what I think of as an “American” girl. It’s possible that I just imagined her that way based on the actress that played her in the film.

I also liked that the book went into more detail about how far Rachel’s relationship with Scott went. The movie sort of hinted that this was what happened, but I really liked knowing for sure what was going on between the two of them.

Which brings me to Rachel. I really liked her, even though she is an unreliable narrator. You really want to root for her and trust that she didn’t do this to Megan, even though her pieces of memory suggest otherwise. Even when watching the movie, I never felt like she was the one who killed Megan. I actually really liked Megan too, and mostly just felt sorry for her. However, I really hated Anna throughout the whole book. Her reminiscing about being the other woman and missing that feeling of having someone want her in that way were kind of annoying. Even at the end she thought about letting Tom kill Rachel just so that she would have him to herself again, even though she knew that he had cheated on her too.

I also think that the book did a really good job of disguising Tom as the killer. Even though I knew from the movie, there were multiple times when I questioned it while reading the book and even thought that maybe they had changed the story for the film version. I had actually guessed it about half way through the movie and the book kept me questioning it right up until the end.

Even though The Girl on the Train wasn’t as crazy of a story as Gone Girl, I really enjoyed it. I liked that there were twists and that the characters all had their own interesting stories and points of view. I liked that I got to see what was going on from all sides of the story and really liked how it ended. Would definitely recommend to anyone interested in these types of thriller/suspense/mystery stories.