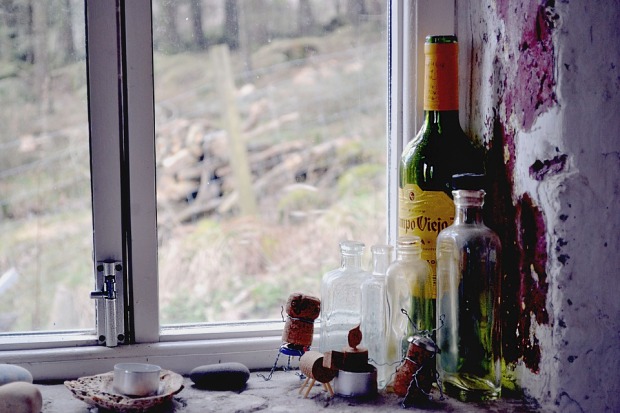 In high school I was assigned The Great Gatsby and absolutely fell in love with F. Scott Fitzgerald’s storytelling. My grandmother had a collection of his short stories and I read through them pretty quickly. I’ve always meant to read more of Fitzgerald’s work, but have definitely let other books take precedence over them.

I finally decided to sit down and read This Side of Paradise.

From the beginning, Amory is an odd child. He’s definitely privileged, thinks he’s smarter and better than everyone else. He doesn’t believe that the people around him, other than his mother, can hold intelligent conversations with him.

He believes that he thinks differently than other people. I’ve read that Fitzgerald based Amory on himself, which is actually kind of funny because I do think that creative people believe that they think differently from other people and that others won’t understand their ideas. I feel like I’ve felt that way about myself a few times, not to say that I’m necessarily the most creative person in the world, but I think my brain sometimes works differently than others.

The story continues and Amory moves to Chicago where he meets a girl that he sort of likes. Throughout the story, he basically will fall for every girl that’s beautiful and slightly different from how he expects a woman to think or act. I guess this relates back to him thinking that he’s different and he’s attracted to anything that also seems to stray from the norm.

He eventually goes away to school and again doesn’t fit in with anyone. He still has this mindset that he’s a free-thinker and that he’s above everyone and everything, doesn’t really try to fit in. It’s surprising honestly that he finishes college.

He then goes to war. I was a bit surprised that there wasn’t much to this part of the story. I guess maybe Fitzgerald didn’t think it was relevant enough?

Amory returns home and falls in love with Rosalind. Once again it’s a very quick and sort of shallow love. She was probably right that it wouldn’t have lasted, but he couldn’t accept it because he wasn’t the one to end their relationship.

It’s hard to feel sorry for him honestly. He’s so entitled and really makes poor decisions very spontaneously. After Rosalind breaks his heart he feels sorry for himself, becomes an alcoholic, loses his job, and spends the rest of his family money on alcohol.

By the end he’s still struggling to fit into society and there’s a long conversation he has about socialism in the back of a taxi.

I’m just not really sure what this book was about or if there was a point to it. I guess Fitzgerald was just sort of writing about his personal feelings and things that he’s experienced in his life. It was interesting, but it’s sort of shocking to me how much people seem to love this book. I’m not sure that I’d ever recommend it to someone or that I’d choose to read it again.